Tips from 5 of the World’s Best Interviewers

Written by Alexa Amatulli
Updated over a week ago

Ever wonder how Oprah or Barbara Walters got to be so good at interviewing? Now, we’re not here to say that you need to be as epic of an interviewer as two of the most influential women in television history, but we are here to review tips from Oprah, Barbara, and a few other of the world’s best interviewers. Interviewing is hard work, but getting to hire great people and strengthening your employer’s brand is worthwhile...why not learn from the best?

Let’s get started with the lady who has conducted over 37,000 interviews in her lifetime...Oprah. 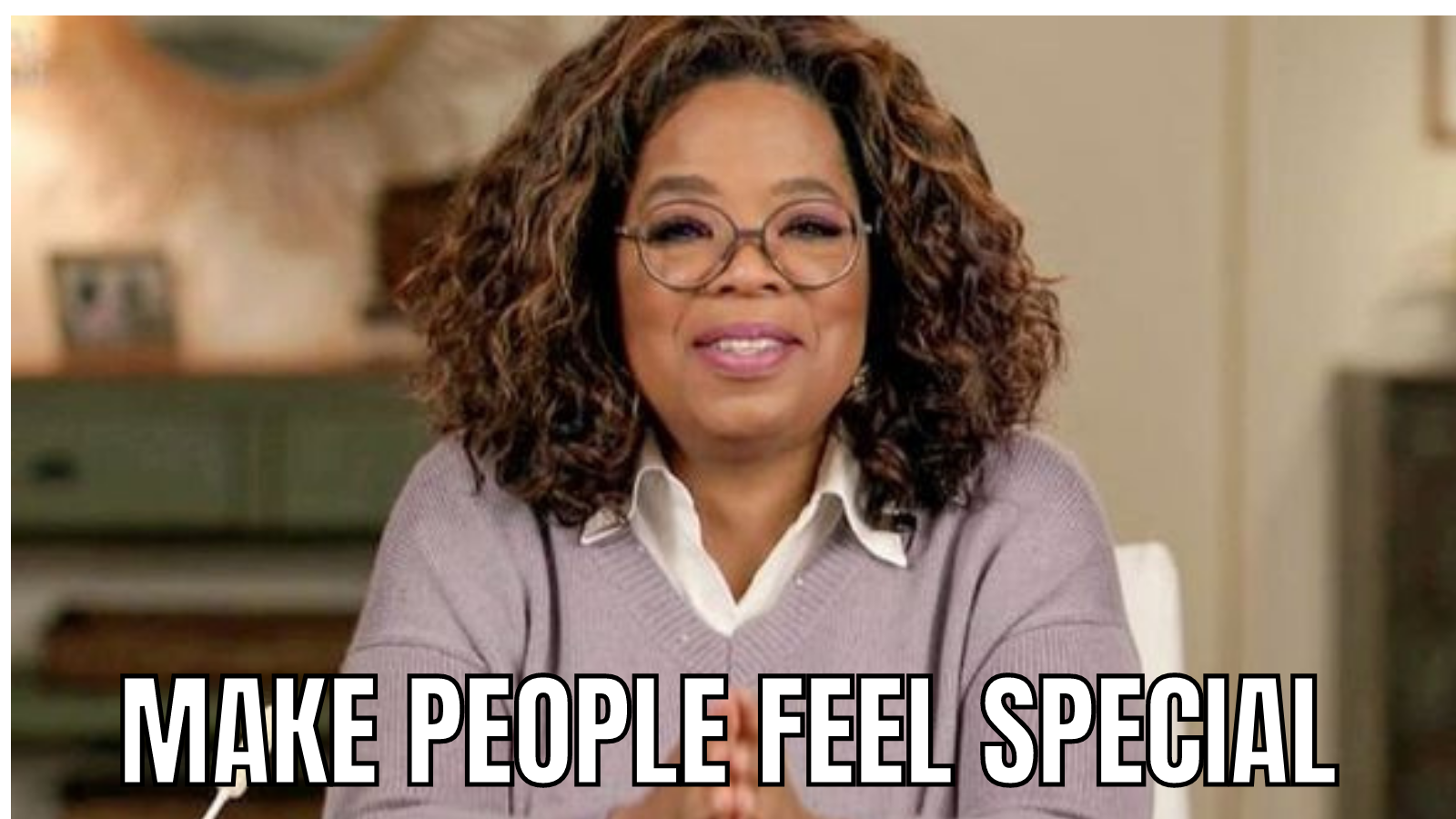 Oprah has one goal with all of her interviews, and that’s to make the person feel special...to show that she not only listens but hears the other person. How does she do this?

Every interviewee wants to feel heard, and it’s important to make them feel that way even if they’re not the right person for the role. 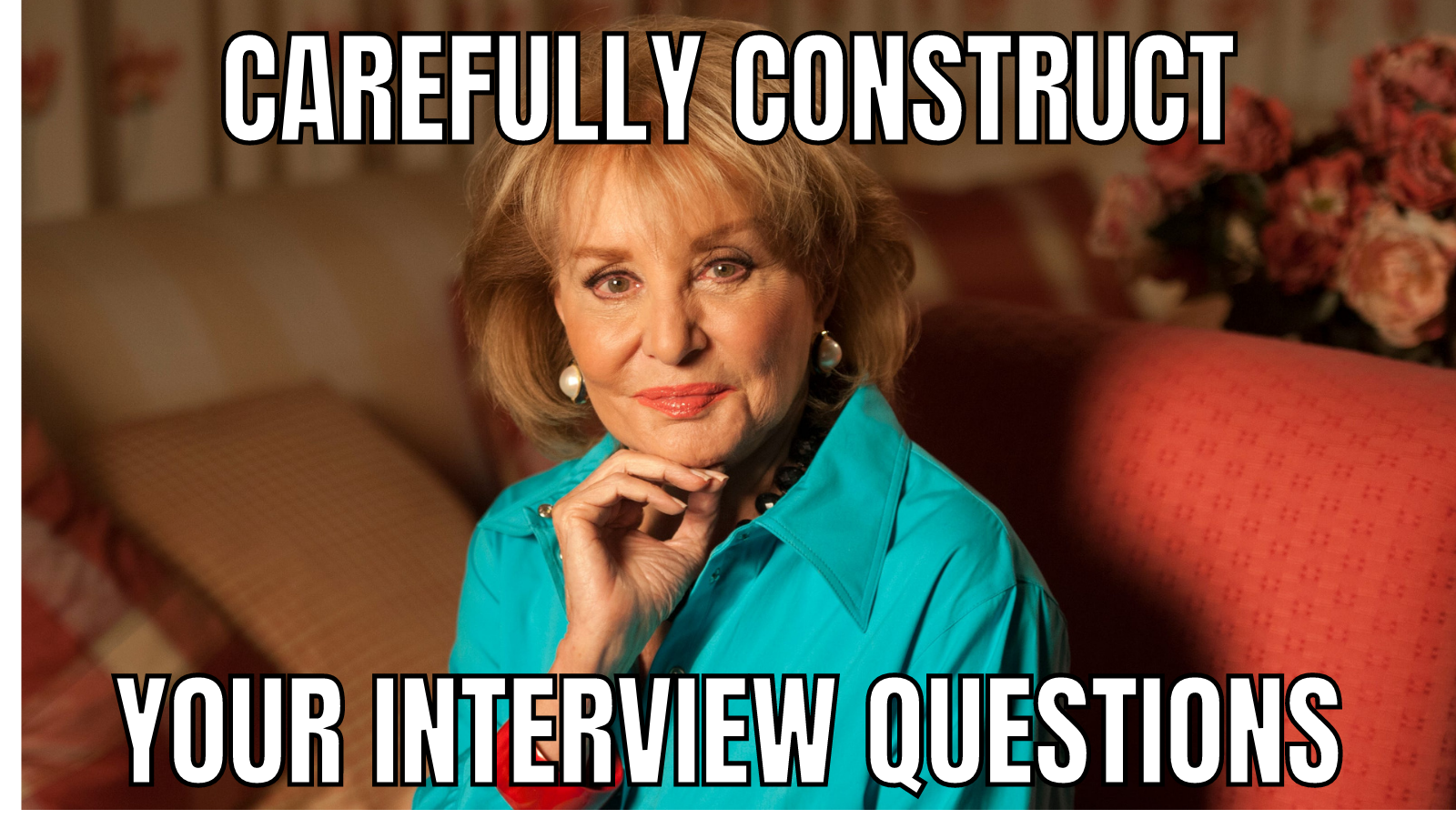 Barbara nearly always ended every interview by asking: “If you were a tree, what kind of tree would you be?” This leads us to the importance of preparing the right interview questions. Virtually all questions asked during an interview are essentially designed (or at least should be designed) to determine one (or more) of the FOUR basic questions about the position under consideration:

Let’s say you ask an “off the wall” question like Barbara’s above, questions like these do in fact help certain candidates stand out from the pack and showcase if they can think on their feet. And adding a standard question like hers into the mix certainly isn’t a bad idea. For example, a question asked of someone applying for a sales position might go like this: “If you were an animal, what type of animal would you be?” Someone who answers with “cat” might not be the right choice for a sales role.

We can all learn a thing or two from Barbara, but the most crucial lesson we can learn from her is to show up to each interview prepared with a list of leading questions. 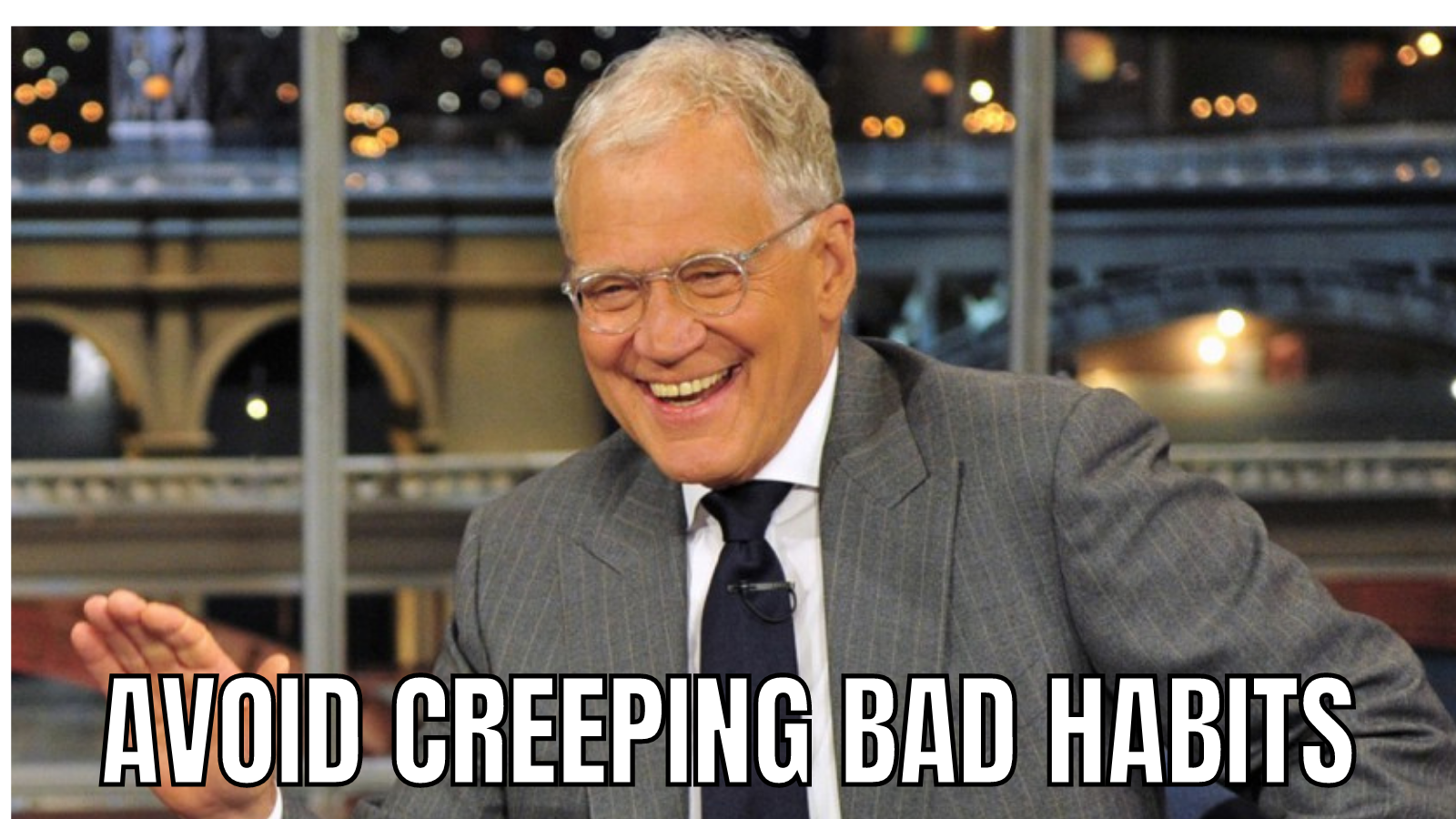 David Letterman...the longest-serving late night talk show host in history. When we think about David, we think of how he made every interview look effortless, and to do that, he stressed the importance of avoiding creeping bad habits, such as:

Recruitment is a two-way street, and if you start to develop bad interview habits, you will ultimately sabotage the entire process...and that’s the last thing you need in such a competitive job market. 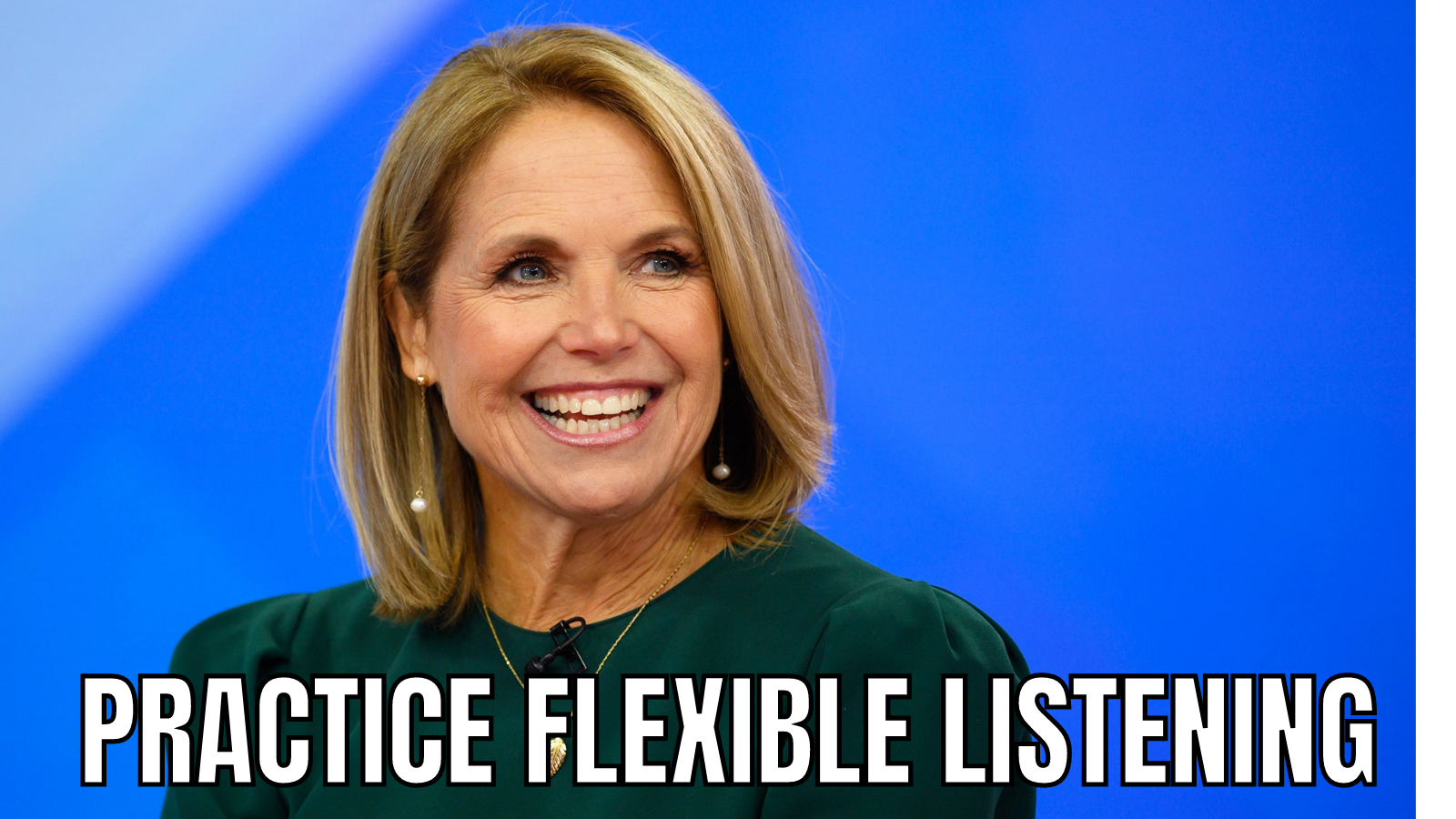 What seems like the simplest part of conducting an interview is often the trickiest. It’s listening...the right way. Many interviewers make the mistake of asking a question and then immediately start thinking about what they’ll say next - without even paying attention to the response.

As Katie, a veteran journalist, says, “Nothing is worse for me than to see an interviewer go down a laundry list of questions and not explore something with a little more depth after someone has answered a question.” That’s why the act of flexible listening lets the interviewer know when to move onto the next question or when a follow-up question might be needed.

Why is this important? Being an active listener will show your interest in the candidate while encouraging them to speak openly about their qualifications. This not only leads to a better experience for the interviewee, but is also one way to ensure you get the best person for the role. 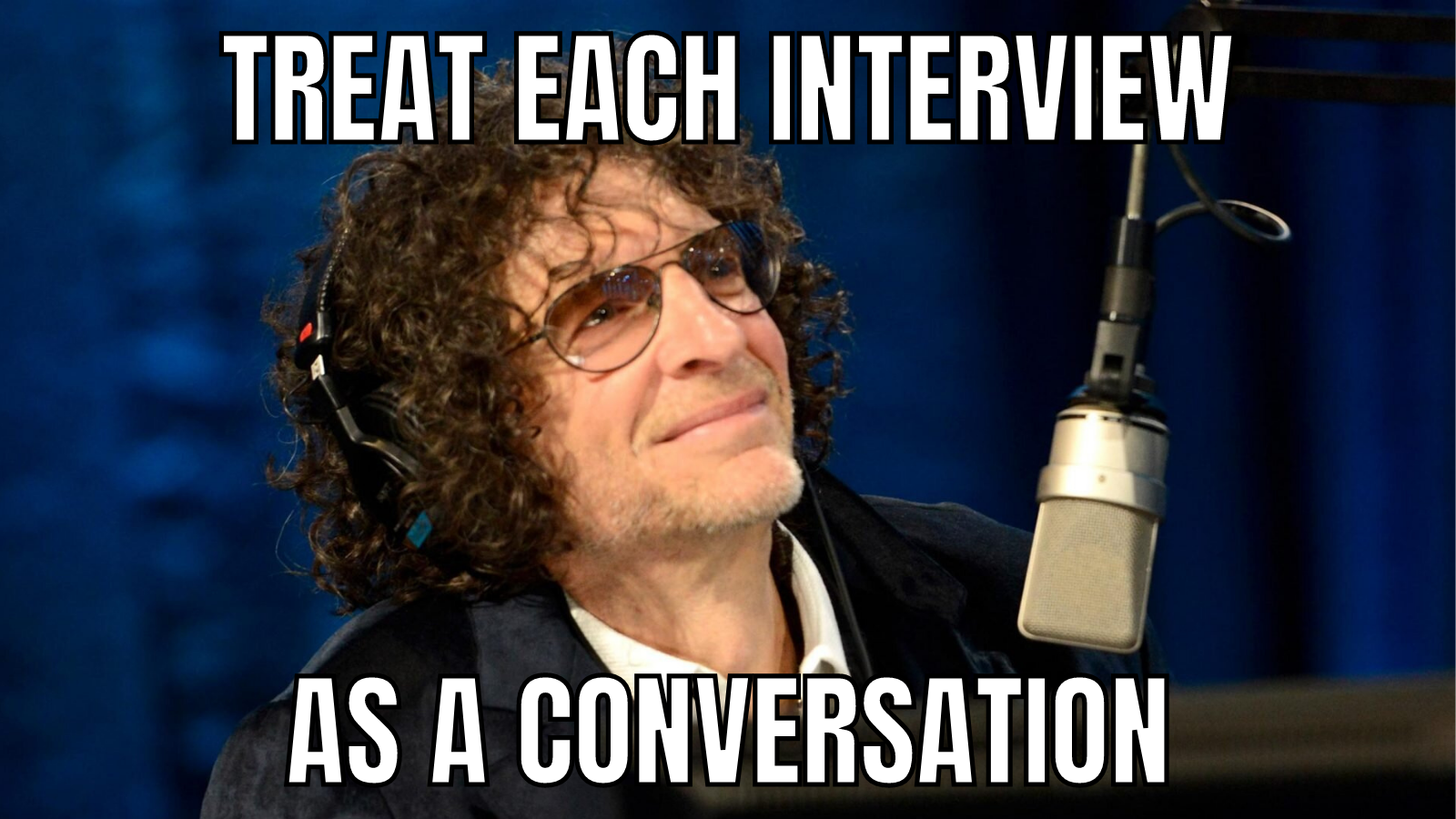 Ask the average person, and they’ll probably tell you that having a conversation isn’t stressful. However, if you ask about job interviews, most people have no qualms admitting they get stressed out. So, why not bring some of that low-stress “we’re just having a conversation” vibe to job interviews? Interviewees who don’t feel like they’re on trial are naturally going to feel less stressed. And so will you as the interviewer. When the conversation feels organic, it’s easier for everyone to relax.

Did this answer your question?